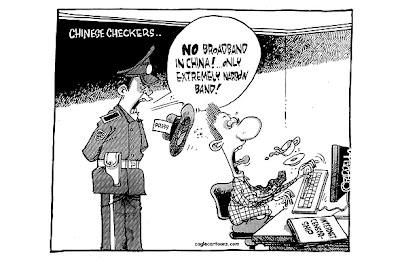 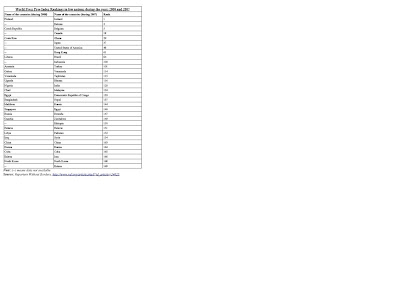 Reporters Without Borders for the sixth year in a row has come out with the Worldwide Press Freedom Index. The report states that Eritrea has ranked last for the first time while G8 members, except Russia, recovered lost ground in terms of the press freedom. Eritrea has replaced North Korea in last place in an index measuring the level of press freedom in 169 countries throughout the world, according to the press release of Reporters Without Borders. It has been claimed by the report that the privately-owned press in Eritrea has been banished by the authoritarian President Issaias Afeworki and the few journalists who dare to criticize the regime are thrown in prison behind the bars. This is actually nothing but violation of democracy and strangulation of the Fourth Estate. Of the 20 countries at the bottom of the index, seven are Asian (Pakistan, Sri Lanka, Laos, Vietnam, China, Burma, and North Korea), five are African (Ethiopia, Equatorial Guinea, Libya, Somalia and Eritrea), four are in the Middle East (Syria, Iraq, Palestinian Territories and Iran), three are former Soviet republics (Belarus, Uzbekistan and Turkmenistan) and one is in the Americas (Cuba).
According to the report of the Reporters Without Borders, all of the European Union member countries made it into the top 50 except Bulgaria (51st) and Poland (56th). After falling steadily in the index for the past three years, the G8 members have recovered a few places. Some non-European countries have made their first appearance in the top 50. They are Mauritania (50th), which has climbed 88 places since 2004, Uruguay (37th) and Nicaragua (47th). Several countries fell in the ranking in 2007 because of serious, repeated violations of the free flow of online news and information. In Malaysia (124th), Thailand (135th), Vietnam (162nd) and Egypt (146th), for example, bloggers were arrested and news websites were closed or made inaccessible. Reporters Without Borders compiled the Worldwide Press Freedom Index by sending a questionnaire to the 15 freedom of expression organisations throughout the world that are its partners, to its network of 130 correspondents, and to journalists, researchers, jurists and human rights activists. It contained 50 questions about press freedom in their countries. The index covers 169 nations. Other countries were not included because of lack of data.
In this respect, one can comment that in South Asia, democracy is definitely under threat. If one looks at the situation in Nepal, then one can find that the newly founded regime which came into being after the King was overthrown, is still into the grip of volatility and despair. There are fears that the ultra-left which was responsible for overthrowing the King, may take violence as a weapon, which can turn out to be more problematic for the Nepalese society. There are pressures by the UN bodies that the ultra- left should stay peaceful, and take the path of democracy. A 'peaceful' Nepal is always good for India, which is its neighbour, as per the experts. In the case of Pakistan, the political parties are yet to find space until and unless the President make room for holding democratic elections in the country. In Sri Lanka, the Norwegian peace initiative could not do much 'good', despite holding talks with the rebels and the Sri Lankan government. In fact, the situation cannot be solved unless the Tamil population in Sri Lanka and the Sinhalese citizens do come forward for some basic level of negotiation and understanding, which is democratic, fair and humane in nature. In Bangladesh, the looming problem of poverty, the constant tug of war between the two biggest national level political parties, and the rise of ultrafundamentalism, has created obstacle and trouble in the path towards democracy and good governance. In the case of India too, there are multiple number of problems, which include: inequality in income and wealth distribution, illiteracy, gender inequality, inaccessibility of basic services, casteism et al. For Burma, the military junta government is yet to decide about the fate of citizen centric and non-corrupt democracy. In the recent years, the Fourth Estate (i.e. the press) which is the symbol of democracy has attracted lot of bashing, censorships, regulations, controls and attacks by the State or the national governments. For e.g. the military junta's crackdown on the democratic institutions in Myanmar during 2007 has attracted the attention of various national governments, civil society organisations, donor agencies, and most importantly the civilians. Seeing all these, the construction of the Worldwide Press Freedom Index seems to be a bold and correct step.

Source: The image of the cartoon has been taken from www.time.com