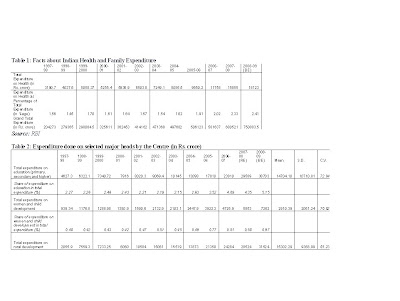 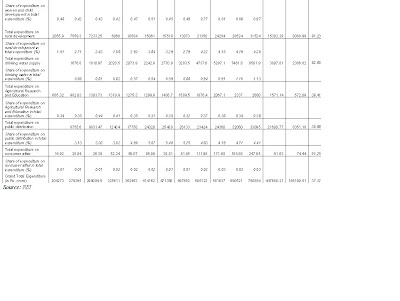 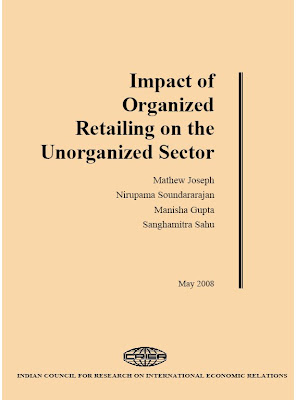 The report by ICRIER, which studied the ‘Impact of Organised Retailing on Unorganized Sector’ has failed to mention how to enhance competition in the retail sector as a whole. The importance of competition law cannot be ignored as that can lead to welfare of consumers in the form of lower prices and good quality products and services.

In the backdrop of global crises in terms of high oil and soaring food prices, one can really doubt whether India would be able to retain economic growth at 8-10% per annum in the next 5 years, as have been mentioned in the report. For e.g. the Macroeconomic and Monetary Developments First Quarterly Report 2008-09 of RBI states that ‘the Indian economy continued to record robust growth in 2007-08, although marginally lower than the last year. According to the revised estimates released by the Central Statistical Organisation (CSO) in May 2008, the real GDP growth was placed at 9.0 per cent during 2007-08 as compared with 9.6 per cent in 2006-07’. One must also know that the Prime Minister’s economic advisory council (EAC) chairman, C Rangarajan, has recently said that the country’s economic growth may moderate to 7.5-8% in the current fiscal owing to domestic and external factors, not to mention about the current financial crisis faced by the US and the EU.
When the report mentions that economic growth is likely to lead to the growth of the retailing sector as a whole which can further help in maintaining livelihood security, then one can really wonder whether the report is inclined towards the much criticized theory called ‘trickling down’ phenomenon. Moreover, many still doubt whether India would be able to achieve all the Millennium Development Goals by 2015. The report could have mentioned about the dismal state of health expenditure in India as could be configured from the above table 1. By looking at the figures above one can surely comment why poor people are suffering from health related problems. In order to see the situation of other important sectors, kindly have a glance at the table 2 above.
While the report has endorsed the view that unorganized sector will be adversely affected initially due to the growth of organized, it has failed to mention how the unorganized sector can receive financial and technical support from the government so that the livelihood of many can be made secured. The biasness of the report towards organized retailing has been corroborated by giving reasons that it will help the consumers, and that organized and unorganized retailing will both co-exist in the future. While the entry of organized retailing in food and food processing can help the farmers to sell directly to the big players at profitable rates[1], without depending on middle-men, this leads to another moot question whether that will lead to subcontracting like situation. In economic literature there exists theories on interlocking of factor markets, putting out system, piece rate system et al, but such terms are entirely missing in this report. Moreover, the report has entirely missed out to mention about the importance of information and communication technologies (ICTs) in retail industry, which can reduce transaction costs drastically. While the emphasis has been on public private partnerships (PPP), but there are serious issues before such partnerships since that can lead to more risk ownership on the part of the government[2]. At least, one good thing about this report is that it has recommended co-operatives and associations of unorganized retailers for direct procurement from suppliers and farmers. But one must know that co-operative movement has failed in India. While the report endorses corporate transformation of the Indian economy on one hand, still it asks for co-operatives of poor and unorganised worker on the other hand. By mixing Gandhianism with McDonaldism, the authors have committed a grave mistake. It would have been better if the report had asked for more financial support through the network of banks that exists in the rural hinterland and urban areas. There is a need to question whether successful business models (economically as well as ecologically sustainable) exist even for the un-organized sector, which can enhance entrepreneurship. The report does not mention whether the sample survey was done exclusively in the urban areas or in the rural areas. If rural areas have not been covered in the report, then that is remorseful. Again, the report could have mentioned about the role of cluster formation for enhancing retailing.
[1] Note: This has happened in the case of ITC’s e-choupal initiative.
[2] Note: To have some basic understanding on PPP kindly go to:
http://www.un-ngls.org/pocantico_final.doc,
Posted by shambhu at 9:30 AM

I am really enjoying reading your well written articles. It looks like you spend a lot of effort and time on your blog. I have bookmarked it and I am looking forward to reading new articles insta stalker