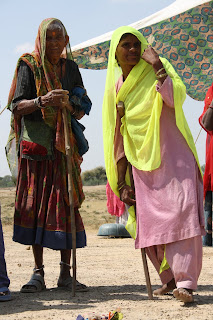 Following the possibility of a crackdown in Naxal affected areas including Dandakaranya in Chattisgarh during government sponsored ‘Operation Green Hunt’ in the month of November, 2009, a part of the intelligentsia wrote an open letter to the Prime Minister Manmohan Singh. The letter condemned the forthcoming full-scale State-backed attack on Naxals, expecting killings of innocent poor and tribals in the name of security and development. Presently, our Prime Minister and the Home Minister are of the view that leftwing extremism is posing the gravest threat to the internal security of the country. After facing intense agitation from the civil society organizations, the PM has, however, refused of using the Indian Army and Air Force in the combat operations against the ultras.

The Naxalite movement started on the premise of attaining the broad objective of land and tenancy redistribution in favour of the landless and poor in Naxalbari, West Bengal during the 1960s. Since then it has spread to the states of Chattisgarh, Madhya Pradesh, Bihar, Jharkhand, Andhra Pradesh, Maharastra and Orissa. According to officials from the Home Ministry, there are 11 extremely sensitive areas, spread over 40 districts. Since the 1970s, the country saw various armed factions, of which the biggest were the People's War Group (PWG) and the Maoist Communist Centre (MCC). The banned CPI (Maoist) party was formed when PWG and MCC merged in September, 2004. Some of these groups also engage in killings, arsons and abduction.

Today, the hotbeds of movement are Lalgarh, West Midnapore and Dantewada, Chattisgarh. The movement finds support among rural poor, tribals from the mineral and resource rich regions, and a part of the urban intellectual class. Previously, the State was accused of abusing human rights for branding social activists as Naxal sympathizers and creating Salwa Judum in Chattisgarh to deprive the Maoists of local support.

Many feel that the type of development, which Indian State pursued, has pushed millions into abject poverty and destitution. The State has worked closely with the corporates like Tatas, Ambanis, Birlas and Jindals so as to plunder natural resources away from the tribals. Behind-the-doors secret meetings led to handing over of natural resources at negligible prices to corporate houses by the Government under the garb of MoUs. Adivasis have been evicted from their own lands and forest to satisfy the development needs as envisioned by the Indian elites. The Naxalite movement grew out of the resistance to challenge the State, which alienated its people from their habitats and which cared too little for its poor citizens. Humanists and the human rights activists think that the Naxal threat is not just a law and order problem. It is a problem related to the socio-economic development of the country, which has brought forth more of inequality among the masses and injustice to the dalits, the adivasis and the farmers. Among social groups, SCs, STs, and backward castes accounted for 80% of the rural poor in 2004–05, as per the 11th Five Year Plan. Capital intensive industrial development has been unable to unleash human development of the masses.

Experts in the government, however, feel that people-centric development is not possible in the Maoist affected regions unless force is used. The red army enjoys the experience of deftly using land mines and sophisticated arms and ammunitions (smuggled through the porous borders) against the administration and the police forces to thwart all sorts of development related activities in their areas. This is done to create a rift between the State and its citizens including the tribals.

If we look at the basic human development indicators in the regions under leftwing extremism, we would find that the figures lag behind that of some of the Sub Saharan African countries. Be it health, nutrition or education, the tribals and dalits are the worst sufferers in the country. It is at situations like this when they become victims at the hands of Maoists and are exploited. The Indian State for its own sake must understand this grave reality and take steps before it is too late. A meaningful dialogue between the extremist groups and the government focusing on the all-around development of tribal communities must begin. The Panchayats (Extension to the Scheduled Areas) Act, 1996, popularly known as PESA should get implemented properly as soon as possible for inclusive governance.

Maoists linking up with Tamil Tigers? 26 October, 2009, The Times of India,
http://timesofindia.indiatimes.com/india/Maoists-linking-up-with-Tamil-Tigers/articleshow/5161476.cms

What Muslims were to BJP, Maoists are to Congress: Arundhati Roy, 26 October, 2009, The Times of India, http://timesofindia.indiatimes.com/india/What-Muslims-were-to-BJP-Maoists-are-to-Congress-Arundhati-Roy/articleshow/5159882.cms

Crushed in the middle by Ramachandra Guha, The Hindustan Times, 22 October, 2009,
http://www.hindustantimes.com/Crushed-in-the-middle/H1-Article1-468074.aspx# 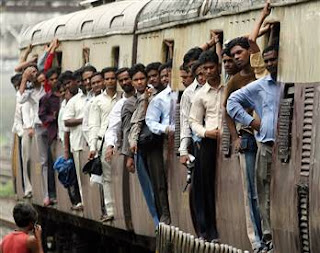