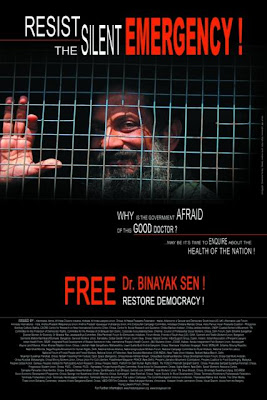 The state of Chattisgarh entered into a dark phase months after it acted as Frankenstein to create Salwa Judum in 2005 as a part of counter-insurgency tactics. Dantewada district has since then witnessed enmasse displacement of adivasi population, which is about 3.5 lakhs in total. Villagers have undergone numerous incidents of state backed atrocities. A district as rich in natural resources never saw anything in the recent years except hunger, poverty, killings, arsons and rapes. All the 644 villages of Dantewada are deprived of basic public services such the public distribution system (PDS), health centres, polling booths etc. Adivasis staying in the state sponsored camps have been threatened of being officially classified and isolated as ‘Naxals’ if they do not cooperate with the SJ movement and its ideology.

In the name of hunting down the ‘Naxalites’, the SJ members left no stone unturned in harassing and looting the ordinary tribals who faced equal amount of intimidation in terms of loss of livelihood from the security forces. Young men are thrown into jails on mere suspicion. A blanket provision to classify anybody as insurgent on the basis of location or origin (‘Naxal stronghold’) has made majority of the population to take emergency refuge in nearby states like Orissa and Andhra Pradesh. The ‘State’ is in a mood to capsize its opponents by abusing human rights and power. This is an ideal breeding ground and juncture for the anti-State extremists to gain the trust of the victims. The office of Vanvasi Chetana Ashram, an NGO inspired by Gandhian ideology, has been ransacked recently by the Chattisgarh police. What was their fault? The NGO has been trying to implement the recommendations of the National Human Rights Commission (NHRC) with regard to rehabilitation of the displaced villagers, and to provide legal aid for the filing of FIRs/ complaints in the cases of disappearances and rapes. Civil rights activist Binayak Sen completed two years in jail on May 14, 2009 as an undertrial on charges (yet to be proved) of assisting Naxals in Chhattisgarh.

Activists and citizens from all walks of life now want peace to return to Chattisgarh. They want lakhs of displaced adivasis of Dantewada be allowed to return to their villages and rebuild their ravaged agrarian and forest based economies. However, this time they also want an assurance from the state government on right to life, livelihood and civil liberties, which the citizens of a democracy should enjoy.


Based on the note circulated by Chhattisgarh Mukti Morcha (Mazdoor Karyakarta Committee)
Posted by shambhu at 10:59 PM