On Economic Theory and Institutions 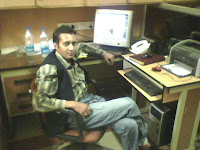 In the standard neoclassical approach, there are those who look at institutional change in a historical way such North. Neoclassical approach is based upon ‘institutional determinism’ whereas Marxian approach is based upon ‘technological determinism’. Neoclassical economists look at two things: factor price ratio and size of the market. General theoretical understanding is that if one has some rules, which govern economic decisions/exchanges, the motivation to change customs will come provided change leads to economic gains (additional economic gain). But change of institution will lead to certain additional cost. The mainstream neoclassicists will say if gain is greater than cost, then institution will change. If there is net gain, then there will be motivation to change. Historically, institutions change if there is net economic gain, according to North. The rise of private property rights depends on scarcity and thus relative price ratio. If price of land changes due to excess/ less supply of land, then the rules governing the ownership of land also changes. People start enforcing their rights owing to scarcity of land. In the case of labour (excess labour), there can be bonded/ attached labour system. But when there is labour scarcity, there exists free labour, which is mobile. So, due to scarcity of labour, the rules governing use and exchange of labour changes. North has also brought into the picture population pressure concept i.e. if population pressure increases or decreases, scarcity increases or decreases accordingly. Population pressure not only affects the rules governing the usage of factors of production but also the demand for output. There are economies of scale associated with the size of the population. Ruttan says that there are forces on the demand side and forces on the supply side. If the price of the land becomes high, then the owners of land will ask for change in the rules governing ownership of land. Relative factor price ratio on the demand side will lead to changes in rules. The concept of cost sharing increases income owing to technological changes, which leads to institutional change. So, technology can bring in institutional change. Capacity to innovate depends on certain factors. It depends on existing knowledge base. The more advanced is the social science knowledge, more regulations will crop up, which is economically efficient. Investment in knowledge depends on rate of return. There is not much literature on the supply side of institutional change. Institutions change due to demand and supply side factors. It is the profit/ utility maximization motive that leads to change in institutions.
In the Marxian framework, Marx talks about mode of production. (For one's knowledge, one must read 'mode of production debate). In the mode of production, one has forces of production and production relations. There are 5 modes of production: primitive communism, slavery, feudalism, capitalism, socialism and communism. Forces of production are nothing but factors of production and technology. Technology is the operative knowledge of the factors of production. Production relations are determined by distribution of the means of production. Forces of production determine production relations. Production relations are nothing but institutions. The contradiction between the production relations and forces of production lead to transition from slavery to feudalism. So, this leads to a new mode of production. Institutions are created which are economically efficient.
Labour market efficiency is possible when there is a market situation which closely resembles perfect competition. There are certain characteristics of a labour market. There are large numbers of labourers and there are large numbers of employers. There is perfect information of wage. Productivity of labour is identical. There is no restriction on entry or exit. This situation leads to competition, which determines competitive wages. Competition between factors of production leads to competitive remunerations. Economic outcomes will then be optimum.
In an imperfect market situation, one can find monopolist or monopsonist. Any imperfect market is a sort of market failure. There are other situations of market failure. Informal institutional set-up can favourably or unfavourably make an impact on economic transactions. In the Indian situation, the role of caste system in the working of the market has been analysed by many economists.

Akerlof has not gone for economic foundation but only features of caste-system.

There is no perfect mobility of factors of production since under the caste system occupation and property rights are fixed. Investment across the occupation is not allowed under the caste-system. It brings segregation in the market particularly in the sellers’ side. There is not a single homogenous market. There are specialized, fragmented and segregated markets. Since capital mobility is not allowed, so it leads to no factor price equalization. Knowledge is not allowed to spread because there are social barriers. All these lead to imperfect market situation. Ultimate economic outcome is not Pareto-optimal i.e. production level is less and cost associated is high. Wage differences exist in the labour market. Rate of return if high in one sector would not lead to mobility of either labour or capital. So, caste system leads to inefficient outcome. Neither land nor capital is mobile. So Akerlof, Scoville, and Lal argue that economic outcome is economically inefficient under the caste-system. Caste-system never promotes optimum results.

There is an element of social ostracism/ punishment or penalty. The informal rules of property rights/ occupation if challenged will lead to punishment. So, there is an in-built enforcement mechanism. It is a very cost-effective mechanism. Social boycotts are tools to enforce social rules. All these features operate in all the markets i.e. labour, land, capital, entrepreneurial and consumers markets.

One must know that 97% of untouchables do not own land in Punjab because a caste law is converted to formal law by the Britishers in 1901 that jats can only own land for cultivation in Punjab.

Like neo-classical economists, Ambedkarians say caste-system is a production organization and a distributive system. Caste-system specifies the property rights of individual group, which is unequal. Property rights distribution is pre-determined. Caste system put restrictions on the mobility of the factors of production. Neo-classical economists argue that social ostracism is used to control the caste-system. But Ambedkar makes two additional points—occupation is not only fixed but there is dignity attached to the occupation. There is a concept of dignity of labour which has its implications on efficiency. How the superstructure affects the base is not explained by Marxists. Ambedkar argue that there is inter-relation between Hindu ideology and the caste-system. The religious principle of Hinduism forms an ideological base for the economics of caste-system. Both Lal and Ambedkar have argued like this. Like Islam, in the caste-system the moral economic principle is strengthened by the religion. (However, one should not forget that in Islam, there is ban on interest rate on loans). Religious principles are not positive in nature: (i) It is not efficient; (ii) It does not promote equity.

Lal says that caste system provide second best Pareto optimality (which is a sympathetic stand against caste-system). But Ambedkar says that not only labour but capital too is not allowed to flow. The system is totally inefficient. That is why monopolies are found. People from higher castes suffer from voluntary unemployment as they do not take low dignity occupations. Non-voluntary unemployment is faced by low caste. Unemployment rate is high among low castes. No Indian economist has theorized the caste-system. Economists have not applied their minds but political scientists and sociologists have. Notion of dignity of labour affect efficiency. Under the caste-system, social status is determined by economic occupation. Occupations are prioritized. Education is good but scavenging is bad, as per the Hindu ideology. So, people involved in scavenging are considered to be unclean. Concept of purity and impurity is attached to one’s occupation. In the Western society, this dignity aspect is missing. But in India, scavengers live differently. If by doing a particular job the status goes down, then this definitely affects economic efficiency. The incentive to work decreases. This is called work shrinking i.e. not working efficiently because of the stigma of social discrimination, which affects production. People from low caste are excluded from better off jobs. Dignity leads to inefficiency. By and large, neoclassical economists are involved only in efficiency and not in income distribution. Some Indian intellectuals talk about wage, unemployment and inefficiency. General argument is that the caste system as an economic organization is based on the principle of economic inequality.

Economic inequality is the basic ideology. Certain groups are more privileged than others. Untouchables as a matter of fact do not have the right to own property. Their job is to serve the upper castes. Economic inefficiency leads to economic inequality, according to neoclassical economists. The actual mechanism of economic inequality has not been examined by the Marxists and the neoclassical economists. Economic inequality has not crept into the caste-system accidentally from history. Caste-system itself is based upon inequality. That is why there is wage discrimination.
[Based upon the class lectures delivered by Prof. Ravi Srivastava and Prof. S.K. Thorat, Centre for the Study of Regional Development (CSRD), School of Social Sciences, Jawaharlal Nehru University].
Posted by shambhu at 5:34 PM