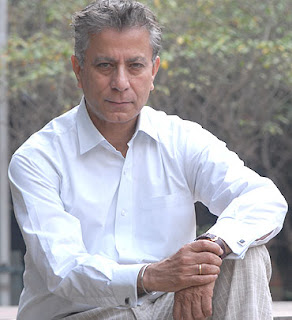 Prof. Dipankar Gupta informed that organized sector employment has remained stagnant during the post-1991 period, thus providing only 23 to 24 million jobs. There exists not enough demand for information technology (IT) and IT enabled services (ITeS) within India. Hence these sectors depend primarily on exports. Much of the growth is actually taking place in the unorganized sector. About 93 percent of the workforce is employed in the informal sector and 74 per cent of this is in rural India. The small and informal enterprises have grown by over 110 percent in the past 25 years.

He shared his experience when he was working with KPMG, which is one of the largest professional services firms in the world and one of the Big Four auditors, along with PricewaterhouseCoopers (PwC), Deloitte Touche Tohmatsu (Deloitte) and Ernst & Young (EY). While auditing the books of many of the big manufacturing firms, he noticed that firms do not possess sufficient financial and account records. This happened since most of the big firms were engaged in outsourcing their manufacturing processes. Manufacturing work got outsourced over and over again to smaller and smaller units including the informal small scale industrial sector so as to reduce cost and risk and increase efficiency. Prof. Gupta was unable to access the books to know the accounts detail.

Prof. Gupta informed that within the informal sector, there is no social security. Roughly, 27 percent of the export was from this sector. In the recent years, 80% of the overall growth in the economy was contributed by unorganized small-scale sector. However, formal credit accessed by such units is meager. Carpet industry, gems and jewellery etc are part of this sector. Subletting of contract is deep in the case of carpet industry. Since cost of production is low, India has a good export market for carpets. People employed here don’t want their children to be employed in the carpet industry.

In India, villagers are undergoing rural crises. Old fashioned policy recommendations like land reforms won’t help us. There is little land left to be reformed. 85 percent of the rural land holding size comes below 5 acres. Those possessing 50 acres of land may watch fragmentation of land sooner or later. There is little opportunity left before the rural poor. That is why we find confrontation taking place between land owners and land have-nots during the harvesting seasons. The owner-cultivators are no longer rich, Prof. Gupta emphasized. Mahendra Singh Tikait who formed the Bhartiya Kisan Union was once termed as a kulak farmer. But he is from a lower middle class status if we judge him from an urban point of view. He was wrongly classified as a rich kulak farmer by the academicians. Land owners in rural India are no longer rich.

Roughly, 50% of the rural economy is not agricultural. So we may doubt India as rural society. Farmers know farming. But they don’t have sufficient land and capital to farm. 40 percent of the rural households In Bihar are non-agricultural. Merely 25 per cent of Bihar’s urban population lives in industrial centres. Due to distress migration, we find daily labourers waiting near chowks to get work in the cities.

Village oligarchs can no longer call the shots. Emergence of lower caste politics started happening with the breakdown of the rural oligarchy. Owner-cultivators do not pay regularly to the labourers and the share-croppers. Hence, the labourers try to find alternative sources of livelihood. They even work as rickshaw pullers and coolies.

India must learn from the West, particularly the United States so as to provide higher standards of living to its workers. There must be higher public investment in education and health. About 80 percent of the health expenditure is out of pocket expenditure in the case of India, Prof. Gupta informed. Apart from higher costs of agricultural inputs, indebtedness is caused by higher out-of-pocket expenditure on health. Our health system is collapsing. Expenditure on research and development (R&D) is falling down in monetary terms.

Village economy is collapsing since agriculture is no more profitable. Input prices are higher than before. There is unreliable supply of electricity. Horticulture and floriculture will not help as land is fragmented. The way out of the agrarian crisis is technological solutions. Land to the tiller programme could not help the farmers. Contract farming may be the way out of the rural crises. Some people do not sell land due to conservative reasons. Others think that land is the only social insurance they have. Labour needs to be shifted out of agriculture. We must know that India has a surplus in cheap labour and they need to be employed somewhere else.

Big cities are growing because of migration of unskilled labourers. But small and medium towns are growing faster than the big cities since rural graduates move to these towns and they do not migrate to big cities. Migrant labourers want their children to be educated.

Prof. Dipankar Gupta mentioned that advanced economies like France, Italy, Spain, Germany and Scandinavia are only 2-3 per cent rural, which is an indication of their prosperity.

Finally, Prof. Dipankar Gupta said that we need to act as elites at the national level to get things done and to make our government stronger. He asked for strengthening the public sector, which can deliver the most.

While commenting on Prof. Gupta’s speech, Shri Najeeb Jung said that the health system has collapsed in the capital of India i.e. Delhi. Urban poor do not have access to health care. The quality of health care provided is poor.