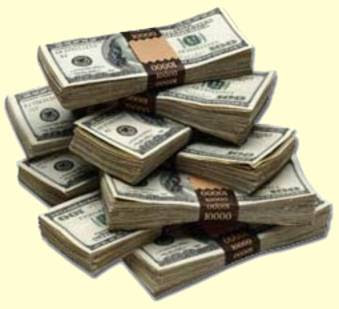 It started long back—the problem of fraudulent practices accompanying capitalism. Some may say that the problem of crony capitalism existed both in the West as well as in the East. And, what we saw as outcomes because of such practices are: South East Asian financial crises, dotcom bust, bubble burst, and the recent financial and economic crises, which have gripped the entire globe. Nobody can forgive what the nexus between Enron and Arthur Andersen did to the U.S. lassez-faire economy. Maintaining transparency and accountability in the form of proper balance sheets has become a distant dream because of frauds, scams and scandals being committed by the internal and external auditors as well as the promoters. Whatever happened to Satyam Inc. is nothing but repetition of earlier such malpractices. Satyam, which used to be considered as the fourth largest software manufacturing company in India, committed the mistake of showing fudged accounts in order to inflate its revenue and profit. This was done deliberately so as to attract more capital from the investors and market. However, once it came to the knowledge that Satyam has inflated its profit by Rs. 7800 crore and its revenue by more than Rs. 5000 crore through accounting malpractices and forgery, the share prices plunged by 73% within one day at the Bombay Stock Exchange (BSE). Although the Independent Board of Directors preferred to object to Satyam’s hobnobbing with the Maytas, little could be done to prohibit the Satyam Management against siphoning off the company’s funds. Satyam presently owns a working capital of somewhat near to Rs. 200-300 crore, which is far below what is being shown in the balance sheets. No proper book-keeping took place in the company. The company also indulged in money-laundering, insider trading and tax-evasion.

The Institute of Chartered Accountants of India (ICAI) has blamed Satyam’s external auditor PriceWaterHouseCoopers to have entirely relied upon the faulty financial records that has been prepared by its internal auditors. The Reserve Bank of India (RBI) earlier accused PwC of not accounting the huge non-performing assets of Global Trust Bank (GTB), in a different case altogether. Presently, the Government of India (GoI) has taken the help of Serious Fraud Investigation Office (SFIO) and Ministry of Corporate Affairs (including the SEBI and RoC) in order to dig out the skeleton of this fiasco. The GoI has also appointed a new Board of Directors, replacing the old one, so that the company can be managed well in the short-run in order to save the future of its 53,000 employees. Moreover, Satyam has been accused of siphoning Rs. 20 crore per month from its accounts for paying its fictitious 13,000 employees, who never existed in reality. While Larsen and Toubro (L&T) has increased its stake in Satyam from 4% to 12%, others are too much apprehensive about the fragile state of accounts of the company in order to purchase it.

Satyam has also been facing lawsuits in the U.S. because of which it relies on the advice of an entire gamut of lawyers. The GoI has also announced that its objective is not to bail out Satyam but to sell it after it has gathered ‘some’ level of economic independence. Some have even proposed that Satyam should be sold out in a piecemeal fashion. The newly appointed auditors of Satyam’s accounts namely Deloitte and KPMG too have been blamed of committing fraudulent practices in the U.S. However, some have said that KPMG was appointed in order to recover the digitally encoded accounting data, which were manipulated earlier (carrying out forensic investigation in the case of cyber crimes). According to the small investors, the CEOs and the CFOs of Satyam are to be blamed upon. One can question here: If Ramalinga Raju would not have confessed about the Satyam mess-up, had there been any alternative mechanism to know about this fraud? Clearly, one may doubt the state of corporate governance being practiced in India and elsewhere. What can be the basis of Satyam receiving the Golden Peacock Global Award for good Corporate Governance? Well, then one might say that indeed crony capitalism exists, and it exists in reality. One can also draw a parallel between Satyam and Enron. Like Enron, Satyam indulged in fudging accounts. The Enron drama unfolded during the era of bubble burst, while the Satyam scam came into being when India and the rest of the world were experiencing recession. While much attention in the present article has been given on scams and scandals that are parts and parcels of corporate irresponsibility, it is important to inform that India is not experiencing well in the exports front in the case of gems and jewellery, textiles and I.T. Job cuts are quite prevalent in these sectors.

Before going any further, it is important to discuss briefly about what happened to the world economy at large so that the present article become more contextualised. Despite the initiatives undertaken by Pascal Lamy, the Doha Round of talks during the last 3 years could not lead to a coherent solution pertaining to access to market for non-agricultural products amidst the various partners. In fact, the issue of subsidy given to agriculture became the bone of contention between developed and developing nations. The US objected to the "special safeguard mechanism", designed to protect farmers in the developing world against temporary surges in cut-price imports of cotton and rice, during the Geneva talks held in July, 2008. The BRIC (Brazil, Russia, India & China) IBSA (India, Brazil and South Africa) economies and many of the European nations are now more worried about the spread of recession through domino effect. China has seen the closures of many firms, which used to be export-dependent. Job-cuts have become a regular feature of both developed and developing countries as a mean to reduce cost in the face of financial turmoil. In fact, the ambience during the World Economic Forum Annual Meeting 2009 appeared grim. While international donor agencies and various government and non-government organizations are pressurizing for undertaking measures to reduce emissions of green house gases (GHGs) and to combat climate change via means like carbon-trading, many in the third world feel that things won’t change without help coming from the developed world. One can remember here the Bali round of talks. During the United Nations Bali Climate Conference held in December 2007, debate intensified over whether to include in any climate change agreement GHG emission targets for developed countries. Information technology (I.T.), which used to be considered as a major tool to induce innovation in almost all areas of science and technology, has received a set-back in the face of economic downturn. Before becoming the President of the U.S., Barack Obama pledged that he would undertake steps to create employment and develop infrastructure. He wanted to curtail war related expenditure (particularly in Iraq) so that more resources are available for reviving the domestic economy. The location of the war is about to shift from Iraq to Afghanistan under Obama administration that would alter U.S.’s diplomatic relations vis-à-vis India and Pakistan in the future, according to some experts. However, Obama is yet to decide America’a foreign policy towards Israel. He also wanted the closure of Guantanamo Bay prison (in Cuba) so as to prevent human rights abuse, and to fight back the al-Qaida morally. After he became the President of the U.S., Obama seemed outrageous against Bush’s plan to bailout broken banks (with an amount of US$ 700 billion), which suffered losses during the sub-prime mortgage crisis. Recently, he spoke out against those companies who promised huge hikes in bonuses of those at the top management, despite depending on bailout money. President Obama has looked at the conspicuous consumption of various financial banks cynically. The U.S. economy has received massive fiscal stimulus under Obama’s rule. The US$ 787 billion economic stimulus package has a 'Buy American' clause, which can adversely affect trade between America and other nations, just like the Smoot-Hawley Act that came into being in 1930.

Coming back to the Satyam's story, some have even informed us how the Maytas bagged the contract of Hyderabad Metro Railways Project from the Government of Andhra Pradesh in a non-transparent way, in the name of public-private partnership (PPP). The company was also involved in various land deals that required the back-up of officialdom. In this context, Byrraju Foundation, another philanthropic initiative of Satyam can be frowned upon. Earlier too, the World Bank cancelled its contract to Satyam for a time-span of 8 years. In the light of financial turmoil, the Satyam case would definitely reduce India’s edge in the field of Information and Technology (IT). It is high time to infuse confidence among honest Indian businessmen and investors including the smaller ones. Perhaps, one can say that it is time to move from the model of family ownership to investor ownership of companies and firms. Adoption of standard international accounting and auditing practices, and effective regulation can be the solutions for tackling such frauds in future.

Nice blog
Great Information.
The Asian Journal of Government Audit is a popular resource for the SAI community for promotion of sound and effective audit systems.
This bi-annual Journal has been in circulation since 1983 and has provided a forum to ASOSAI members for discussion and dissemination of good practices.
The Journal accepts articles, special reports, news items and other materials from member SAIs of ASOSAI.