Review of Literature on Food and Nutrition Security 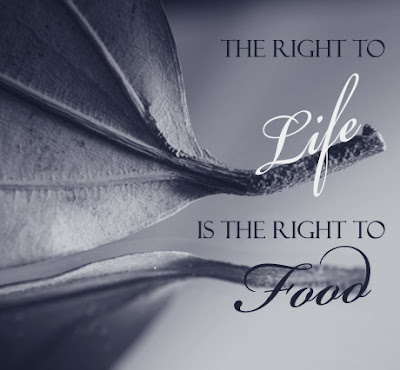 “Maximum City does not simply tell us a set of stories that we might or might not belief. Rather, it shows how cities are constructed not only through bricks and mortar, glass and steel, asphalt and concrete, but also through stories. Our plans and blueprints are stories. Our plans and blue prints are stories that we find convincing; our histories are stories we collectively believe to be true. There is of course, a politics to this storytelling that has been critical to all forms of scholarship within the social sciences: which stories are hegemonic? Which stories becomes history? Which stories becomes authoritative knowledge? But Mehta takes us a few steps further. Precisely because his stories defy the distinction between fiction and reality, he is able to show how the modern, capitalist city is constructed through fictions: the fictions of stock market speculations; the fictions of the Bollywood movie industry; the fictions of the big city that draws the desperate migrant; the fictions of the squatters hoping for the legislation of their settlements; the fictions of Hindu fundamentalists as they seek to create a homeland. These fictions are like Baudrillard’s simulera—copies, fakes, and exaggerations that cannot be judged against any authentic or original reality”.

Article 47 of the Constitution of India states that “the State shall regard raising the level of nutrition and standard of living of its people and improvement in public health among its primary duties”. Successive Five-Year Plans laid down the policies and strategies for achieving these goals [Tenth Five Year Plan, 2002-2007]. Food security in the past referred to the overall regional, national or even global food supply and shortfalls in supply compared to requirements, but with increased observation of disparities in the sufficiency of food intake by certain groups, despite overall adequacy of supply the term has been applied more recently mostly at a local, household, or individual level and has been broadened beyond notions of food supply to include element of access, vulnerability and sustainability. There are two things which are essential for food security, production/import of foodgrain (i.e. physical availability) and household-level purchase of foodgrains (i.e. economic accessibility). Since household is the logical social unit, the question of access to food should be seen at the household level. Similarly, one should keep in mind that household food security should be considered a necessary but not sufficient condition for food adequate nutrition. Stated in a different way, food security at the household or even individual level is an “input” not an “outcome”—hence the distinction between food security and nutrition security. From the entitlement perspective, one can say that the problem of food security does not lie entirely on per capita availability of food, but also on the economic access to food or what is termed as entitlement.

The entitlement of a person stands for the set of different alternative commodity bundles that the person can acquire through the use of the various legal channels of acquirement open to someone in his position. In a private ownership market economy, the entitlement set of a person is determined by his original bundle of ownership (what is called endowment) and the various alternative bundles he can acquire starting respectively from each initial endowment, through the use of trade and production (what is called his exchange entitlement mapping). A narrow interpretation of ‘entitlement thesis’ would suggest that given the ‘endowments’ a household could access food from any place. In other words, entitlement could be equated to accessibility. Hence household’s economic access to food is directly related to income and indirectly related to the labour supply (initial endowment) or the employment status of the earning members. Speaking on the availability of foodgrain, one can say that in the case of India, the households can rely either on the public distribution system (PDS) or the open market. PDS in India has undergone major changes in the year 1992 (in the form of Revamped Public Distribution System) and in 1997 (in the form of Targeted Public Distribution System), thus converting the universal system into a targeted one. Some of the factors behind the reforms have been the weaker sides of the universal PDS such as: urban bias of the PDS, limited accessibility of the PDS by the poor, regional disparity in the PDS, inefficiencies of the PDS (in terms of mounting food subsidy) and leakages from the PDS.

In a number of developing countries, the IMF (International Monetary Fund) and the World Bank, have recommended cuts in government subsidies, including food subsidies, as part of a structural adjustment package. Under the Structural Adjustment Policy (SAP), the Government of India hoped for a phased withdrawal of the subsidies by targeting the PDS that would control the inflation. However, there are problems associated with the targeted PDS and other related arrangements such as the Antodaya and the Annapurna schemes. Identification of the poor household which comes below the official poverty line is a major problem of the TPDS. There have been reports of excluding the households which comes below the official poverty line and including those households which comes above the official poverty line, while issuing the TPDS ration cards. Cornia and Stewart (1993) attempt to measure the costs of switching from a universal system of food distribution to a targeted system. Universal schemes are associated with Type-I or E-mistakes, that is, mistakes arising from the inclusion of non-poor in the scheme while targeted schemes are associated with Type-II or F-mistakes, that is, errors arising from omission of the poor. Rise in net per capita availability of food grain at the national level do not ensure food security at the household level. But still there is a necessity to become self-sufficient in food production. There are limits to increasing production through area expansion as the country has almost reached a plateau in so far as cultivable land is concerned. Hence the emphasis has to be on productivity increase. Overall growth rate of foodgrains decelerated to 1.80% per annum during the decade of 1990s from 3.54% during the 1980s. This is a matter of concern taking into account the growth rate of population. There is a growing consensus among economists and social scientists to widen the connotation of food security by including the concept of nutritional security at the household level. Calorie based definition of food security has to be replaced by nutrition based definition of food security at the household level. Without an assurance of nutritional adequacy food security has very little meaning.

Anthropometric indices (height, weight and BMI) are widely used for the assessment of the adequacy of energy intake. Body weights and heights of children reflect their nutritional and growth status; weights and heights of adults represent the cumulative effect of dietary intake over a long period. The BMI is the most widely used anthropometric index for the assessment of the nutritional status in adults as it reflects the effect of both acute and chronic energy deficiencies/excess. BMI, however, does not clearly bring out the entire extent of chronic under-nutrition. For instance those who are stunted and have low body weight may have a normal BMI. An increase in energy intake will result in improvement in BMI both in adults and in children, but in adults and children with severe stunting, improvement in dietary intake will not result in an improvement in height. Continued over-consumption of energy especially in stunted individuals could lead to over-nutrition, obesity and increased risk of non-communicable diseases. BMI has been used to assess energy deficiency as well as energy excess. The currently used norms (<18.5—undernutrition>25 overweight) were evolved on the basis of data from the developed countries where adverse health consequences of under-nutrition have been shown to be associated with BMI values below 18.5 and the health hazards of over-nutrition have been reported with BMI of over 25. Household food security and nutritional status are not the same things. This is because nutritional status depends not only on household level food security but also on gender norms and access to health care etc. Micronutrient deficiency—especially deficiencies in iron, iodine and vitamin-A—are even more widespread worldwide than that of protein-energy malnutrition. Besides being important causes of disability in themselves, micronutrient deficiencies often underlie other types of morbidity. Iron deficiency is the most common cause of anaemia worldwide. The consequences of iron deficiency are more serious for women. Iodine deficiency disorder (IDDs) occur when iodine intakes are less than physiological requirements (about 150 micrograms daily per person) over a long period. In India about 200 million people are estimated to be at risk of IDD. Vitamin-A deficiency (VAD) occurs when body stores are depleted to the extent that physiological functions are impaired. Depletion occurs when the diet contains over a long time too little vitamin-A. to replace the amount used by tissues or for breast-feeding. The South-East Asia Region of WHO (including India) has the highest prevalence of Vitamin-A deficiency, as well as the largest number of people affected.

Hi, This is simon. In the present day situations every person is looking for part time incomes which can be earned from home. Which requires only a PC. These works involve in less risk and high income.
-------------
Simon