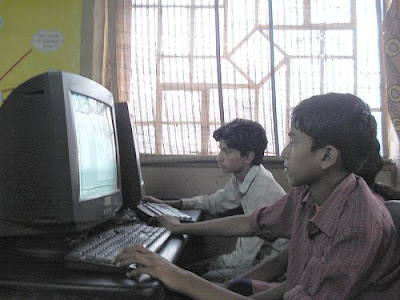 The biennial Digital Review of Asia Pacific is considered as a comprehensive guide to the state-of-best practice and trends in the world of Information and Communication Technologies for Development (ICT4D) in the Asia Pacific region. The present third edition for the period 2007-2008 covers ICT4D initiatives and trends in 31 countries and economies, including North Korea for the first time. Each country chapter, which have been authored by experts from the government, academia, industry and civil society, presents key ICT policies, applications and initiatives for national development. In addition, five thematic chapters provide a synthesis of some of the key issues in ICT4D in the region, including: Overview of emerging issues in the field of ICT4D; Mobile and wireless technologies for development in Asia Pacific; Role of ICTs in risk communication in Asia Pacific; Localisation in Asia Pacific: Key policy issues in intellectual property and technology in Asia Pacific; and State and evolution of ICTs: A tale of two Asia's. The book finds that in the era of globalisation, the spread of ICTs in the Asia-Pacific region is greatly influenced by an entire gamut of factors, which include: impact of ICTs on economic and social development; policy issues and regulatory framework related to broadband, Internet governance, convergence, et al.

Digital Review of Asia Pacific provides a deeper analysis on the interconnectedness between ICTs and education, in the sense how investment in ICTs and education can lead to human capital formation, and how that leads to inclusive and equitable growth in the long run. The report finds that the dominant approach to ICT4D in Asia Pacific tends to be patterned after the approach adopted by advanced economies, with its focus on new technologies that might make older structures obsolete, limited discussion of potential risks or unexpected consequences, and little attention to cultural and social issues that are critical to project success. The report explains that the wireless local area network (WLAN) is a relatively new technology, which got started developing in 1990 by the Institute of Electrical and Electronics Engineers Inc., a US-based professional engineering society, to exploit the Industrial, Scientific and Medical (ISM) frequency band for high-speed networking. Unlike mobile phones where the equipment supplier base is relatively small, the number of manufacturers supplying WLAN equipment is much longer. It also says that the simplest Wi-Fi system is just a Wi-Fi card plugged or pre-built into a computer, establishing radio contact with a nearby Access Point (AP), which then provides onward connectivity to the global Internet. It has been said in the report that the countries hailing from the Asia-Pacific region should develop its own set of culturally sensitive and national priority-consistent policies. There is the need to take into account non-ICT related factors (political, social and cultural) while formulating policies, the report argues.

The report has provided some highly innovative applications, especially of mobile phones, in Asia Pacific, including distance education via SMS, small value transactions and e-Governance. There are barriers to use of mobile and wireless technologies in many parts of Asia Pacific, which are caused by language and literacy, according to the report. The report highlights the importance of ICTs in disaster management. ICTs are used in various countries from the Asia Pacific region to deal with serious public health emergencies such as the SARS and avian flu outbreaks and natural disasters such as the Asian Tsunami, volcanic eruptions, typhoons and other natural disasters that have recently occurred in the region with dramatic and tragic dimensions. The report asks for governments' attention in creating ICT infrastructure. The report highlights on the unavailability of affordable hardware and connectivity in the Asia Pacific region. The issue of localisation of content has been stressed in this particular report. Giving attention to content created in local languages has been one of the main challenges before countries from Asia Pacific. The issue of copyright and intellectual rights, which is going to have impact on access to knowledge and technology, has been discussed. The importance of flexibilities despite having strong intellectual property enforcement, has been well discussed in the report. The importance of regional and multilateral approach to trade negotiations too has been discussed.

This blog is a great source of information which is very useful for me.
Sexy Halloween Costumes Ideas 2016
New Halloween Outfits ideas 2016
Digilocker APK
MSQRD For IOS