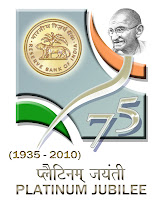 · During 2009, growth had started decelerating and the business sentiment was weak. The economy's capacity to sustain high growth was under serious threat from the widespread economic slowdown in the developed world.

· There was uncertainty on account of the delayed and sub-normal south-west monsoon, which had undermined the kharif crop in the country. There were concerns about production and prices of food items and its possible repercussions on the growth of rural demand.

· The economy stabilised in the first quarter of 2009-10 itself, when it clocked a GDP growth of 6.1 per cent, as against 5.8 per cent in the fourth quarter of the preceding year. It registered a strong rebound in the second quarter, when the growth rate rose to 7.9 per cent. The Advance Estimates places the likely growth for 2009-10 at 7.2 per cent.

· The growth rate in manufacturing in December 2009 was 18.5 per cent— the highest in the past two decades. There are also signs of a turnaround in the merchandise exports with a positive growth in November and December 2009 after a decline of about twelve successive months.

· A major concern during the second half of 2009-10 has been the emergence of double digit food inflation. There was a momentum in food prices since the flare-up of global commodity prices preceding the financial crisis in 2008, but it was expected that the agriculture season beginning June 2009 would help in moderating the food inflation. However, the erratic monsoons and drought like conditions in large parts of the country reinforced the supply side bottlenecks in some of the essential commodities. This set in motion inflationary expectations. Since December 2009, there have been indications of these high food prices, together with the gradual hardening of the fuel product prices, getting transmitted to other non-food items as well. The inflation data for January seems to have confirmed this trend.

· A Nutrient Based Subsidy policy for the fertiliser sector has been approved by the Government recently and will become effective from April 1, 2010. This policy is expected to promote balanced fertilization through new fortified products and focus on extension services by the fertiliser industry. Over time, the policy is expected to reduce volatility in the demand for fertiliser subsidy in addition to containing the subsidy bill. Government will ensure that nutrient based fertiliser prices for transition year 2010-11, will remain around MRPs currently prevailing. The new system will move towards direct transfer of subsidies to the farmers.

· Provide further capital to strengthen the RRBs (regional rural banks) so that they have adequate capital base to support increased lending to the rural economy.

· The Government intends to follow a four-pronged strategy covering (a) agricultural production; (b) reduction in wastage of produce; (c) credit support to farmers; and (d) a thrust to the food processing sector.

--The first element of the strategy is to extend the green revolution to the eastern region of the country comprising Bihar, Chattisgarh, Jharkhand, Eastern UP, West Bengal and Orissa, with the active involvement of Gram Sabhas and the farming families. For the year 2010-11, Rs.400 crore will be provided for this initiative. Proposal to organise 60,000 "pulses and oil seed villages" in rain-fed areas during 2010-11 and provide an integrated intervention for water harvesting, watershed management and soil health, so as to enhance the productivity of the dry land farming areas. Rs.300 crore will be provided for this purpose. This initiative will be an integral part of the Rashtriya Krishi Vikas Yojana. More focues on conservation farming, which involves concurrent attention to soil health, water conservation and preservation of biodiversity. An allocation of Rs.200 crore will be made for launching this climate resilient agriculture initiative.

--The second element of the strategy relates to reduction of significant wastages in storage as well as in the operations of the existing food supply chains in the country. The deficit in the storage capacity is met through an ongoing scheme for private sector participation where the FCI has been hiring godowns from private parties for a guaranteed period of 5 years. This period is now being extended to 7 years.

--The third element of the strategy relates to improving the availability of credit to farmers. For the year 2010-11, the target has been raised to Rs.3,75,000 crore from Rs.3,25,000 crore in the current year. Under the Debt Waiver and Debt Relief Scheme for Farmers, there is proposal to extend by six months the period for repayment of the loan amount by farmers from December 31, 2009 to June 30, 2010. The effective rate of interest on short-term loans for farmers who repay on timely basis will now be five per cent per annum.

--The fourth element of the strategy aims at lending a further impetus to the development of food processing sector by providing state-of-the art infrastructure. In addition to the ten mega food park projects already being set up, the Government has decided to set up five more such parks. As a part of the farm to market initiative, External Commercial Borrowings will henceforth be available for cold storage or cold room facility, including for farm level pre-cooling, for preservation or storage of agricultural and allied produce, marine products and meat.

· The Jawaharlal Nehru National Solar Mission envisages establishing India as a global leader in solar energy. An ambitious target of 20,000 MW of solar power by the year 2022 has been set under the mission. There will be an increase in the plan outlay for the Ministry of New and Renewable Energy by 61 per cent from Rs.620 crore in 2009-10 to Rs.1,000 crore in 2010-11.

· In order to set up solar, small hydro and micro power projects in Ladakh region of Jammu and Kashmir, an allocation of Rs.500 crore will be made.

· A one-time grant of Rs. 200 crore to the Government of Tamil Nadu towards the cost of installation of a zero liquid discharge system at Tirupur to sustain hosiery industry

· The draft Food Security Bill will be placed in the public domain very soon. To fulfil these commitments, the spending on social sector has been gradually increased to Rs.1,37,674 crore which now stands at 37 per cent of the total plan outlay in 2010-11. Another 25 per cent of the plan allocations are devoted to the development of rural infrastructure.

· About 98 per cent of habitations are now covered by primary schools. There will be an increase in the plan allocation for school education from Rs.26,800 crore in 2009-10 to Rs. 31,036 crore in 2010-11. In addition, States will have access to Rs.3,675 crore for elementary education under the Thirteenth Finance Commission grants for 2010-11.

· An Annual Health Survey to prepare the District Health Profile of all Districts shall be conducted in 2010-11. There will be an increase in the plan allocation for the Ministry of Health and Family Welfare, from Rs. 19,534 crore to Rs. 22,300 crore for 2010-11.

· For the year 2010-11, Rs.66,100 crore will be made available for rural development. Mahatma Gandhi National Rural Employment Guarantee Scheme has completed four years of implementation during which it has been extended to all districts covering more than 4.5 crore households. The allocation for NREGA has been stepped up to Rs.40,100 crore in 2010-11. Bharat Nirman has made a substantial contribution to the upgradation of rural infrastructure through its various programmes. For the year 2010-11, there will be an allocation of Rs. 48,000 crore for these programmes.

· The Rashtriya Swasthya Bima Yojana will extend its benefits to all such Mahatma Gandhi NREGA beneficiaries who have worked for more than 15 days during the preceding financial year.

· Micro, Small and Medium Enterprises (MSMEs) contribute 8 per cent of the country's GDP, 45 per cent of the manufactured output and 40 per cent of our exports. They provide employment to about 6 crore persons through 2.6 crore enterprises. A High Level Council on Micro and Small Enterprises will monitor the implementation of the recommendations and the agenda for action. Allocation for this sector will be raised from Rs. 1,794 crore to Rs. 2,400 crore for the year 2010-11.

· As a follow up to the Unorganised Sector Workers Social Security Act, 2008, it has been decided to set up a National Social Security Fund for unorganised sector workers with an initial allocation of Rs. 1,000 crore. This fund will support schemes for weavers, toddy tappers, rickshaw pullers, bidi workers etc. To encourage the people from the unorganised sector to voluntarily save for their retirement and to lower the cost of operations of the New Pension Scheme (NPS) for such subscribers, Government will contribute Rs. 1,000 per year to each NPS account opened in the year 2010-11. This initiative, "Swavalamban" will be available for persons who join NPS, with a minimum contribution of Rs. 1,000 and a maximum contribution of Rs. 12,000 per annum during the financial year 2010-11. The scheme will be available for another three years. An allocation of Rs. 100 crore for the year 2010-11 has been made. It will benefit about 10 lakh NPS subscribers of the unorganised sector.

· The plan outlay for Women and Child Development will be raised by almost 50 per cent. A Mahila Kisan Sashaktikaran Pariyojana to meet the specific needs of women farmers is being launched. Rs. 100 crore will be provided for this initiative as a sub-component of the National Rural Livelihood Mission. Allocation of Rs. 1,900 crore to the Unique Identification Authority of India (UIDAI) for 2010-11.